According to the Italian writer Edmondo De Amicis, the greatest desire of Turks is to be idle spectators in the big theater of the world! His book “Constantinople” is a striking portrait of the city from the 1870s.

There are two types of cities”, says Umberto Eco. “Those you find yourself in suddenly, with no sense of approaching them from a distance (like London, Rome, Paris), and others which only emerge gradually in one’s perception (New York is the obvious example, where you arrive in the city by sea or along the motorway from the airport). Istanbul, certainly belongs to the second type, at least for those who in the past came by sea.” This comment is from the foreword Eco has written for a recent English edition of Constantinople by the Italian writer Edmondo de Amicis, published by Hesperus Press in 2005.

The book, which was translated into Turkish by Pegasus publishing house with the title of İstanbul, differs from the entire corpus of literature on the city with the vividness of the depictions, the foresightedness of the observations and the sharpness of the comments made by its author. The book, which is a byproduct of a journalistic approach also praised by Orhan Pamuk, was a constant source of inspiration for Eco during his first trip to Istanbul as well. Eco was disappointed by what time has swept away from the city, though.

Edmondo De Amicis rose to fame when he published “The Heart of a Boy” in 1886, a book that influenced generations after generations around the world, including my mom. His travelogue of Istanbul opens like a cinematographic sequence where we are introduced to the city gradually. As Stephen Parkin, the editor of the book says, this is because De Amicis was interested in cinema in the later period of his life, and was one of the first authors to consciously use the style and techniques of this new art form.

On a foggy morning, De Amicis approached Istanbul with a sailing boat, “like taking small sips from a glass”, as Umberto Eco described it. After checking in Hotel Byzantium on the uphill neighborhood of Pera with his painter friend Enriko Junk, he soon realized he was in a chaotic place that was hard to grasp by the Western mind: “Constantinople is a Babylon, an entire world by itself, a chaos. Beautiful? Wonderfully beautiful. Ugly? It is horrible! Did you like it? Passionately. Would you live in it? Who knows? Who could say that he would willingly live on another planet?”

“No city represents the nature and philosophy of the people better than Stamboul,” says De Amicis, and he continues: “All grand and beautiful things are of God, or of the Sultan, the image of God upon the earth; everything else is transitory and is unregarded, being a mere mundane thing.”

Edmondo De Amicis recorded what happened to him in Istanbul like a camera-eye, to reflect on the wide-screen of our imagination later. The first spot he visited in the city was, wisely, Galata Bridge spanning the Golden Horn. This bridge linking the old Istanbul to the new one carried a constant flow of people between the two sides. Standing there, he says, one could see the most extravagant types, costumes and social classes that can be imagined in the space of fifty yards and within ten minutes. He continues to describe the spectacle on the bridge as follows: “It is a changing kaleidoscope of races and religions that forms and disperses continually with a rapidity the eye can scarcely follow.”

Anatolian horse traders, an Armenian lady carried away by a sedan chair inlaid with mother-of-pearl, a Bedouin wrapped in a white mantle, a Turk wearing a muslin turban and a sky-blue kaftan, a frowzy-headed gypsy woman carrying her child in a sling on her back, a Catholic priest with breviary and staff, an African slave carrying a monkey, and an eunuch riding on horseback, crying out “Make way!” in front of a Turkish carriage filled with the ladies from a harem. These are just a few of the colors that are reflected inside his kaleidoscope.

“Constantinople is a Babylon, an entire world by itself, a chaos. Beautiful? Wonderfully beautiful. Ugly? It is horrible! Did you like it? Passionately. Would you live in it? Who knows?”

Although more than a century has passed, the author’s observations still maintain their vitality and give us clues as to why we have not been able to create a consistent urban culture in this city as its residents. “No city represents the nature and philosophy of the people better than Stamboul,” says Edmondo De Amicis, and continues: “All grand and beautiful things are of God, or of the Sultan, the image of God upon the earth; everything else is transitory and is unregarded, being a mere mundane thing. The pastoral tribe has become a nation; but its instinctive love for rural nature, for contemplation and indolence, has preserved to its metropolis the aspect of an encampment.”

“Stamboul is not a city; she neither labors, nor thinks, nor creates; civilization beats at her gates and assaults her in her streets; she dreams and slumbers in the shadow of her mosques, and takes no heed. It is a city unbound, scattered, deformed, that rather represents the resting place of a pilgrim race than the power of a founded state; an immense sketch of a metropolis; a great spectacle, but not a great city.”

Doesn’t this depiction sound familiar to you, even after a century and a half? Despite the soaring towers of steel and glass, and the total surface covered with concrete and asphalt, we would probably pick similar words to describe contemporary Istanbul.

What makes Edmondo De Amicis’ narrative so interesting today is not the historical facts he tells us, while strolling around the city from Galata, the Grand Bazaar, Hagia Sophia and Topkapı to Dolmabahçe, Üsküdar, and the Bosphorus. The irony that emerges from his comments on harem women, the laziness of the Turkish spirit, and the city’s future is more interesting than all! As a European coming from a land where capitalism had already been firmly established after a bloody sequence of events, De Amicis says that Istanbul is perhaps the “laziest” city of Europe, looking at the facts that everyone gets up as late as possible and does not like walking, while there is an excessive number of holidays for different religious communities.

“These people do not know what it is to desire to finish a thing for the mere pleasure of having done with it,” he says and continues: “Turks all seem to be considering something intangible and remote: they have the air of philosophers possessed by a fixed idea, or of somnambulists unconscious of their whereabouts, gazing ahead of them with far-seeing eyes, as though accustomed to contemplate distant horizons, while in the expression of the eyes and lines of the mouth there is that look of vague melancholy noticeable in people who live shut up in themselves.”

A striking contrast to the European who makes plans with great expectations, lays foundations for a building which s/he would not be able to see its completion, and spend great efforts for a future far from being certain! On the one hand, Edmondo De Amicis was bored by the inertia of people in Istanbul, but on the other, he disliked the idea that Istanbul would be covered with ugly factory chimneys and dull buildings like the industrial cities of England one day! He left the city on a boat heading for the Black Sea this time, leaving us several contradictory thoughts. 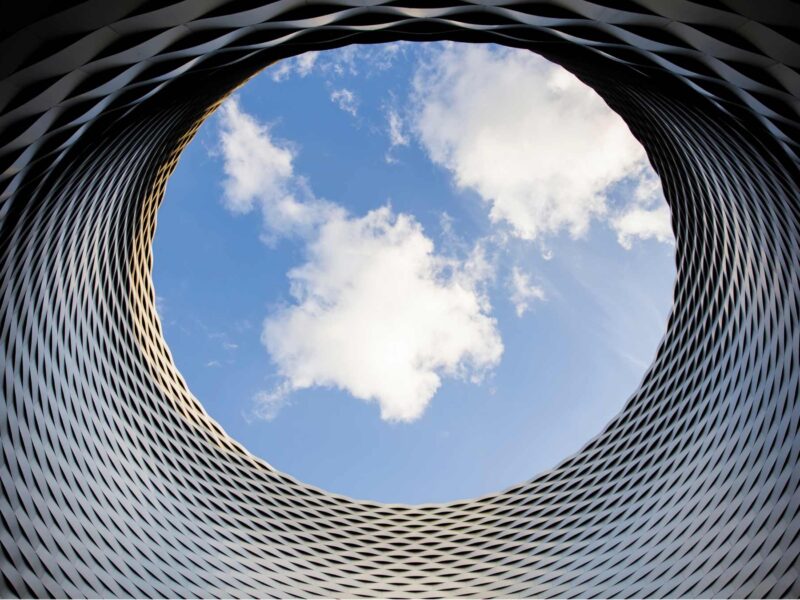 Biltin Toker: A Life Outside the Box 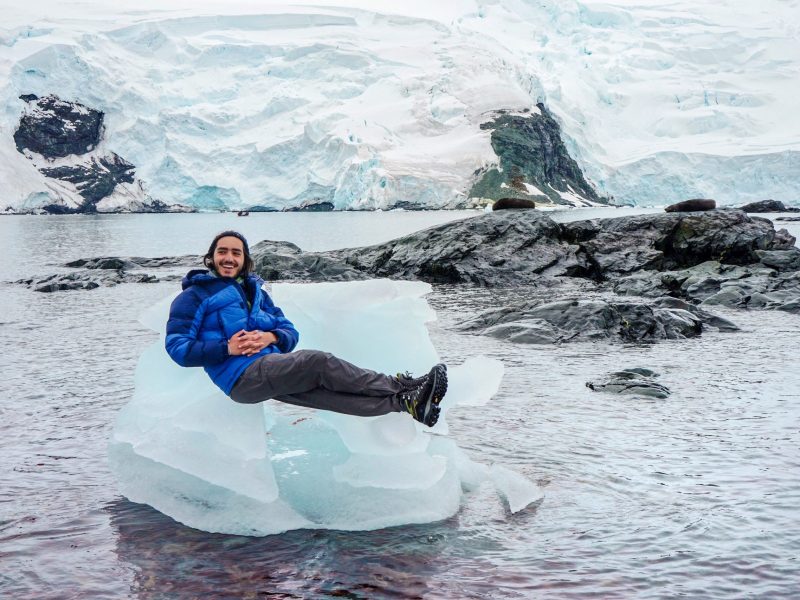 Barkın Ozdemir: The Youngest Turk Who Stepped into Seven Continents 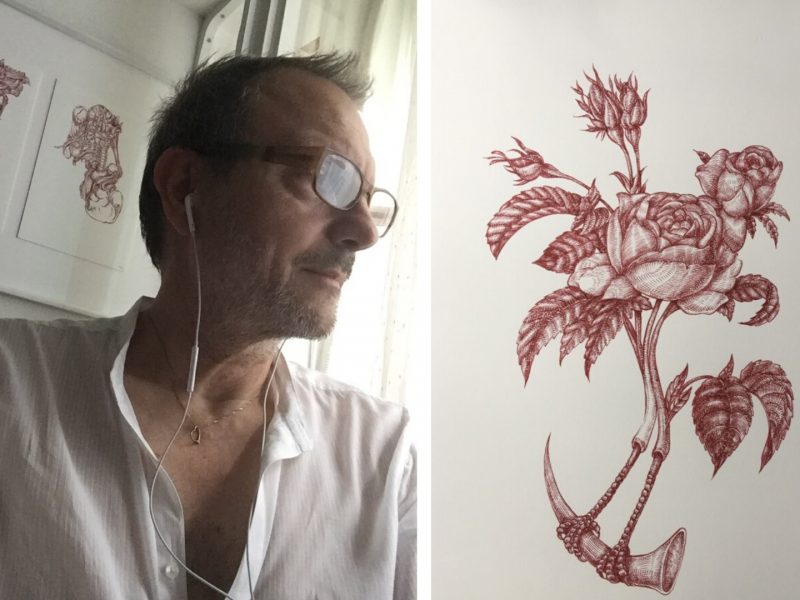