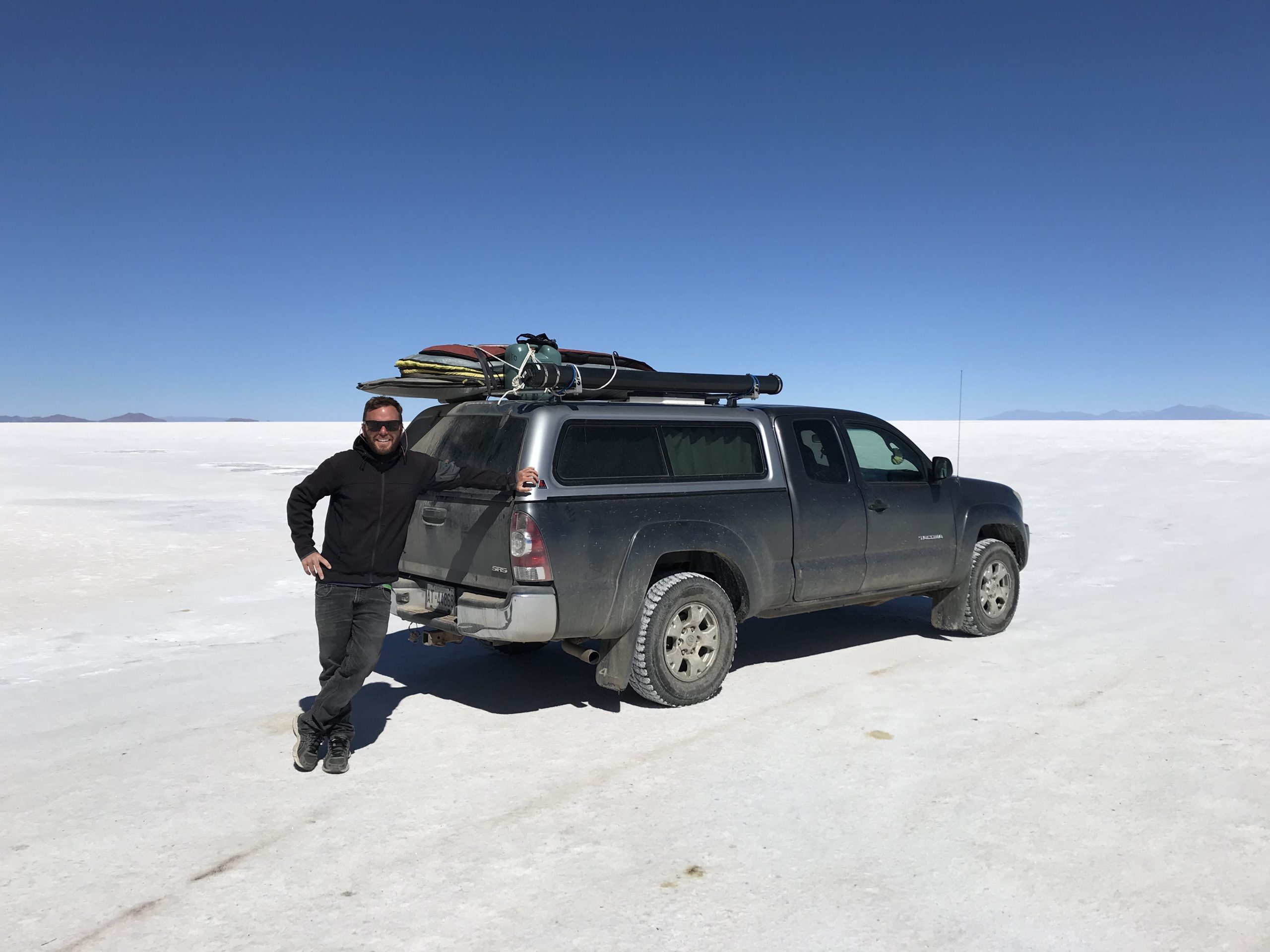 On the Road With a Converted Pick Up

Australian teacher Daniel Watson hits the road for a two-year overland tour with his pick up to surf all the coasts of Latin America, but finds himself surfing through other adventures and memorable moments too.

“While surfing in Mexico I had a fish jump out of the water and try to eat my head. In the process, its jaw snapped off and left the bottom section in my head, behind my ear. The local 17-year-old doctor took it out and I was on my way in no time :)”

Do you Australians have a gene of globetrotting?
I think Australians are definitely the “exploring” type of person. We are often away on weekends on some kind of adventure and like to be outside as much as we can. Australia is a beautiful country and has a great variety of landscapes and cultures to discover. We as a society often enjoy the thrill of travel and adventure both alone and with mates.

Have you kept some stats during your overland tour of the Americas?
Yes, I drove 78,000km, crossed borders 27 times with my pick up and entered 16 countries over just under 2 years. All on one set of tires 🙂 I also did two sea crossings, one from Panama to Colombia and one from Argentina to Panama. 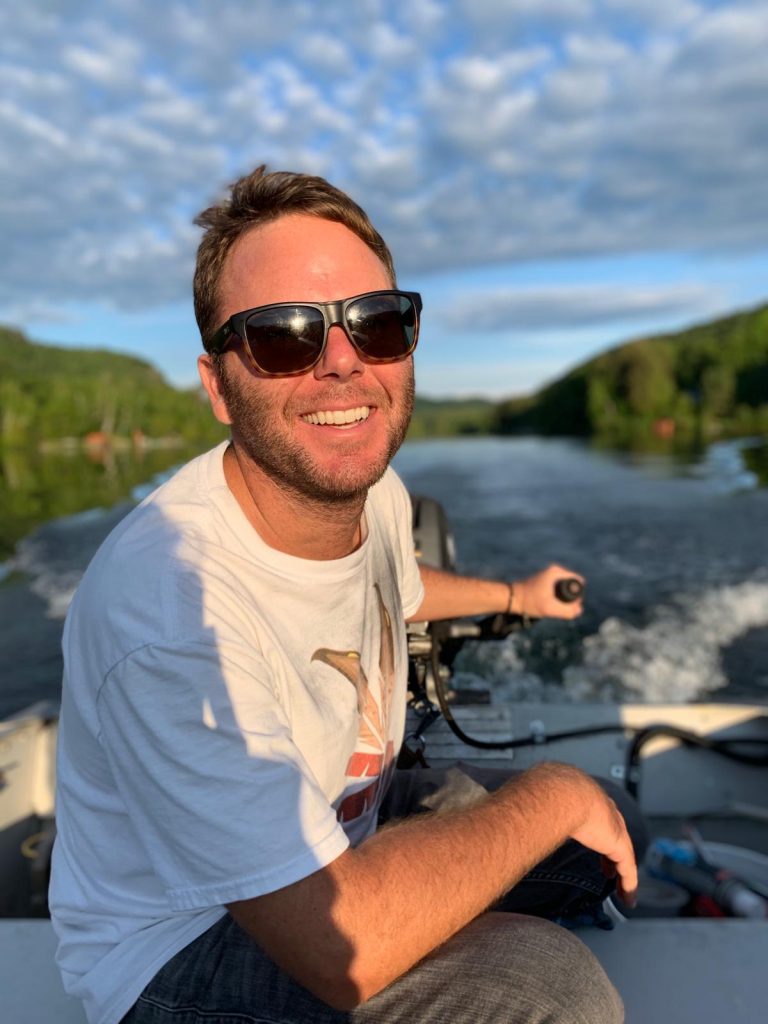 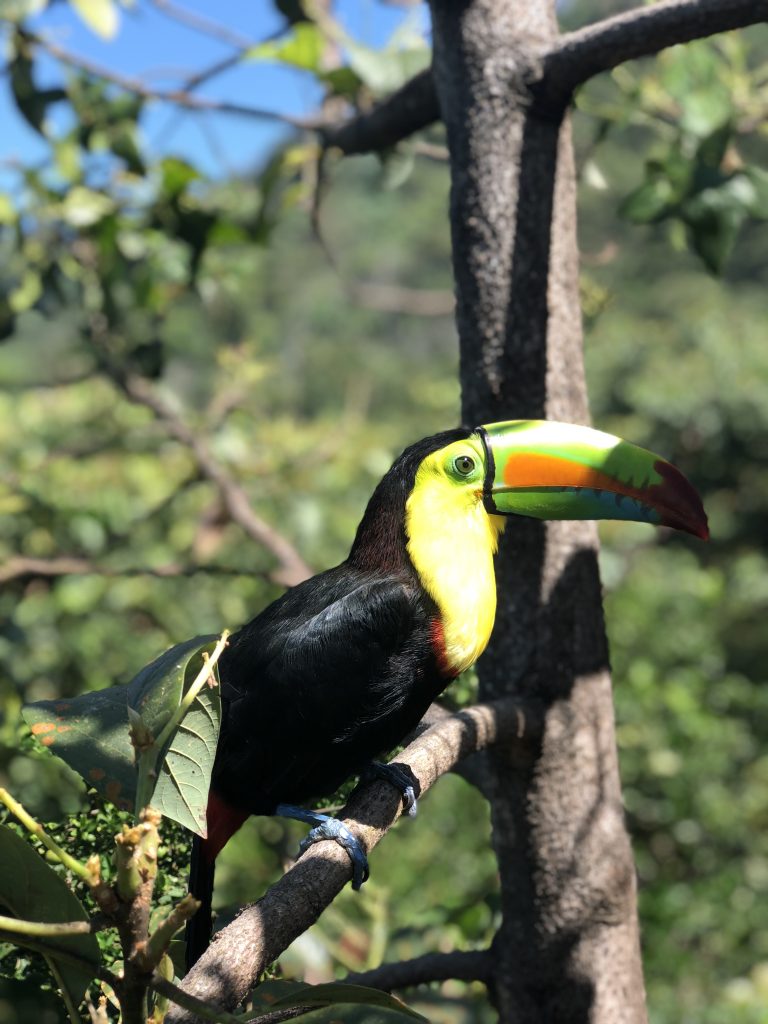 THE WEIRDEST THING THAT HAPPENED ON THE ROAD

What was the weirdest thing that happened to you on the road?
While surfing in Mexico I had a fish jump out of the water and try to eat my head. In the process, its jaw snapped off and left the bottom section in my head, behind my ear. The local 17-year-old doctor took it out and I was on my way in no time 🙂

And the best thing that happened to you?
While in the salt flats of Bolivia I realized that I am mentally stronger than I originally thought. I found myself in a state of isolation that I had never experienced before and although I felt like I may have been “losing it” at some stages, I came out stronger than before. I feel that to know who you really are, you need to take all the distractions and people away. 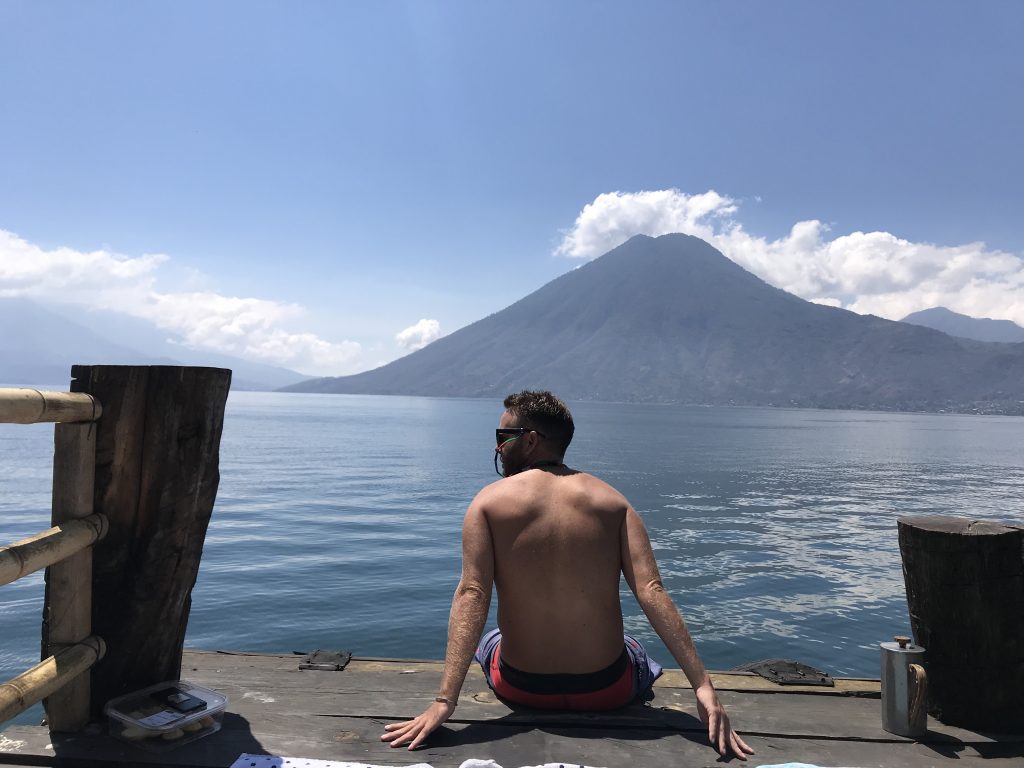 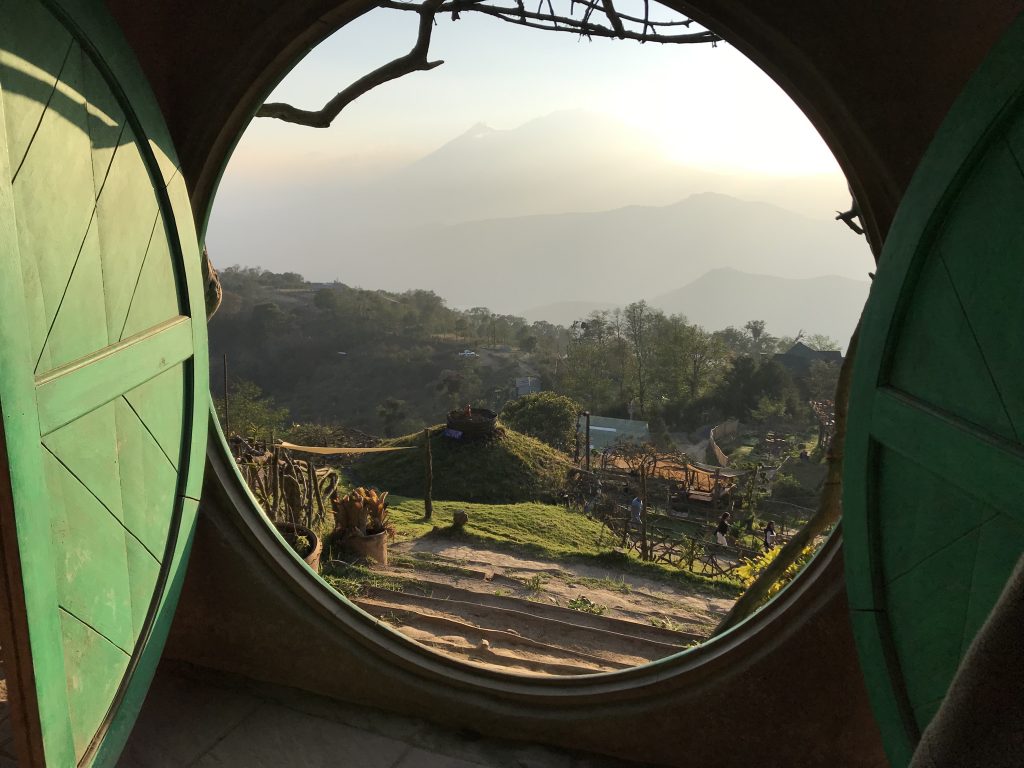 KEEPING SAFE ON THE ROAD

What about road buddies and security on the road?
In the 2 years, I was fortunate to be joined by many friends. I was solo only for about 6 months. Some joined for days and some for months. I was fortunate to not have anything get stolen off of my pick up or myself. I did, however, have lots of adventures. Like the time I was only going to be granted a visa for Mexico by giving sexual favors (I got out of it), or the time I lost all my camping things and surfboards to fire (also in Mexico). Or the time I got chased by bandits on the highway (also unfortunately in Mexico), ha ha! Oh and then there was the time that I was chased by a local group of farmers as I was mistaken for someone who made their friend have a motorbike crash. Or, the time my truck (Carlos) slid down an abandoned logging road in Chile and I had to cut down three trees to use as traction to drive myself out.

Can we talk about a Latin American mentality or way of living?
Latin America is amazing. All aspects of the culture are beautiful to witness and also become a part of. The biggest take away for me from the trip was the importance that is put on the family in Latin America. Much of the “western world” has it all wrong. Family, from what I witnessed on my trip, should be number one and everything else should come after. I realized this quickly and I would like to think I have now changed my mentality accordingly.

TIPS FOR ENTHUSIASTS OF ROAD TRIPS

What “shortcuts” could you give people to navigate Latin America in their own vehicle?
I had a Toyota Tacoma pick up model and built a platform in the back tray to use as a bed and storage, etc. It worked well but was a bit of a tight squeeze with more people. I would recommend a 4×4 and nothing too, too big. 6 cylinder is not needed, mine was a 4. Oh and pick a vehicle that is easy to buy parts for. If I were to do it again, I would take a Toyota Hilux or a Landcruiser. There are some very small streets to navigate down there and some vehicles just won’t fit. MapsMe and iOverlander are definitely recommended, as is joining any good online forum or Facebook page. For my trip, I often used one on FB called Panamerican Travellers Association. It had a wealth of information about everything on overlanding the Americas.

I know it is hard, but could you pick some highlights for surfers in Latin America? Where would they feel home?
Baja California with your own vehicle is a surfer’s paradise. There are so many spots to camp up at and easily spend weeks, if not months. If you are equipped and prepared to be isolated for a good amount of time, Baja is the place to go! Just watch out for the scorpions.

How do the waves you have ridden in Latin America compare to Australia?
I learned to surf on the Gold Coast of Australia. The surf in Australia is generally quite consistent and we have very clean water and solid waves. I found the water around Bocas del Toro in Panama to be next level clarity and warmth. I found some amazing waves both there and on the pacific coast near David. Panama, in general, is a hidden gem for surf!

Any highlights for the culture buffs or food lovers?
One of my favorite things to do when passing a town, no matter how big or small, was to pass mercado (the market). Inside there were always small shops selling a menu del dia (meal of the day). These were always very tasty and incredibly cheap. It was also a fantastic way to just take in the surroundings. The markets are always buzzing and never boring.

What is next?
I am currently living in Tirana, Albania working as a teacher in an International School. I will be moving to Switzerland in the summer to start work at a school there and also put the final touches on my film before it is released. I am thinking of doing a similar expedition from Switzerland to South Africa in a couple of years. Time will tell.

Daniel Watson will turn his road trip in a pick up into a small documentary film soon. To follow him on Instagram: @keeptheoceanonyourright 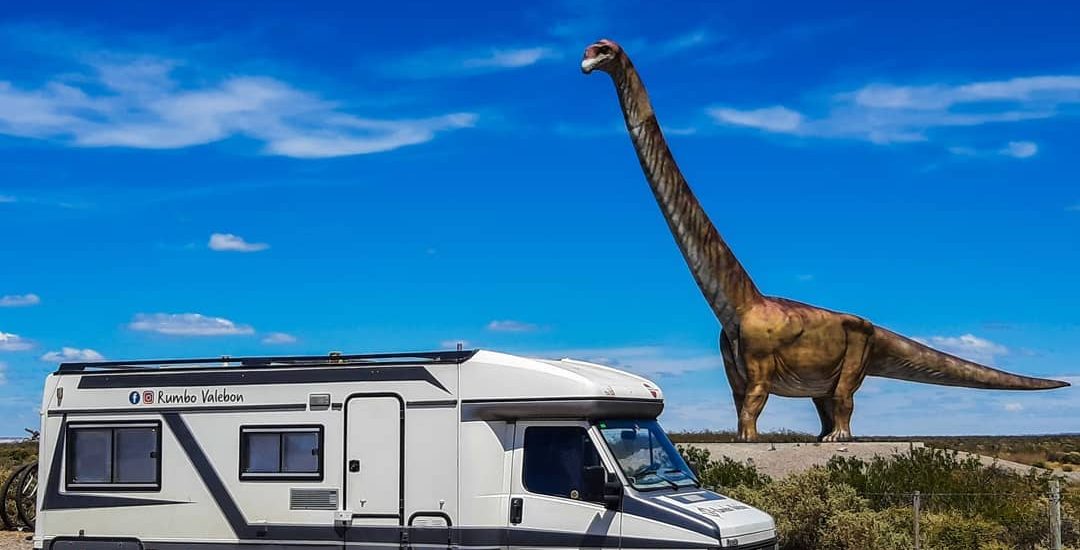