If “e-sports” concept does not ring any bells for you, you might have missed the virtual quantum leap that took place just a couple of years ago. In the following pages, you will find all you need to recover the missing link.

An ordinary day in Watergarden Istanbul. But hold on! Suddenly, a fairy girl dressed all in white comes out of the ladies’ room, with a crown of wings on her forehead and a wheel of swords on her back. Soon, a masculine character joins her with a big mustache and high-tech axes in both hands. They hop on an escalator and head to the rooftop terrace of the shopping center, where Espor Sahnesi (Esports Stage) opened its gates about a year ago. There, a small “Cosplay” community of even more crazy characters is waiting for them, as well as a young crowd gathering for the derby-like Turkish Grand Finals of League of Legends”.

THE PHANTASTIC WORLD OF LEAGUE OF LEGENDS

Excitement is in the air at Espor Sahnesi, the brand-new arena financed by the developer of the infamous video game, abbreviated by its fans as “LoL”. The players of finalist teams of Bahçeşehir Supermassive and Royal Youth enter the hall like modern gladiators and sit on their sci-fi pilot seats resembling those you would find at the bridge of a spaceship. After the champions (to be in-game avatars of the players) are selected by the players of two teams, e-sports commentators start presentation to increase the temperature in the hall.

Terms that I’m not familiar with are flying around, from tower diving, to powerspikes and summoner spells. Is that Chinese, why don’t I understand anything? But to create an alternative world, you must first create an alternative language! That’s exactly what LoL does. And it does it well! Founded in Los Angeles by Brandon Beck and Marc Merrill, Riot Games launched LoL in 2009. The company pioneered the e-sports boom taking place all around the world lately, attracting a monthly number of players around 100 million. Starting with irregular small tournaments, it came to the point of packing the Bird’s Nest stadium of Beijing just in 10 years.

FROM THE PERSPECTIVE OF A “RETIRED” E-SPORTS PLAYER

Perhaps you played Dota, StarCraft, Counter-Strike and World of Warcraft as a teenager. I am a stranger to the world of games, though, as a middle-aged editor whose virtual reality adventure started and ended with Second Life. But gaming is indeed a guilty pleasure! So I decide to enter “the ecosystem” of e-sports, which is a world apart with its whole new terminology, actors, commentators, investors and audience.

I need to understand what’s going on, and I need to do it fast! I choose Ömer “Cognac” Ünsal as my guide into this ecosystem. Ömer is the right person to show me the way. After six years of professional gaming, he continued as a game analyst at Twitch and now working on an app that would make life easier for LoL players.

“The game is not always the same. It is constantly changing,” says Ömer. “Imagine that the weight and color of the soccer ball change. One week the goal post is too small, and the following week it becomes too big.”

At the top of the residential towers of a shopping center on the Anatolian side, we are talking against the sun setting over the islands. From this altitude, the urban jungle of the city looks like an interesting carpet pattern. Ömer doesn’t get tired of talking about LoL, even with a complete beginner like me. When a large national bank asked him to give a seminar on e-sports to their 1000 senior executives, he had to give the same talk 10 times, as the hall was so small! I asked what they were interested in to learn? “Some wanted to learn the details as a potential investor in the sector, while others worried about their kids,” he says.

After playing LoL as a professional for 6 years until 2018, Ömer “retired” at the age of 24, as players usually put it. Then he analyzed matches on Twitch, a live streaming platform that paved the way for competitive gaming to grow to such an extent. He currently offers management for players and player-based solutions for LoL at Hard Room Agency, a company he founded with two friends. They are currently testing a new application on major European teams and receiving good feedback. The application helps automatizing LoL training sessions, and saves teams about 3 hours a day.

Apparently, being a professional e-sports athlete is a 24/7 thing. Ömer says that there are too many players online. “You might be working for 15 hours a day, but someone is definitely working for 16 hours. You need to work for longer hours to take part in the global competition. No one can play football for 20 hours a day, but some guys can play 25-26 games every day, and go on sleepless for 3-4 days. Besides that, Riot Games changes the “karma” of the game by changing the strengths and weaknesses of the champions every second week. If a player wants success, s/he needs to work continuously. “The game is not always the same. It is constantly changing,” says Ömer. “Imagine that the weight and color of the soccer ball change. One week the goal post is too small, and the following week it becomes too big.”

Fierce competition has made e-sports teams work even tighter. In the past, training sessions were held in boot camps in internet cafes, but Riot Games made gaming houses compulsory for all teams. What’s life like in these training houses?

LIFE IN THE GAMING HOUSE

After several phone calls, I’m in the gaming house of Royal Youth, the champion of Vodafone FreeZone League in 2019. We are at a normal apartment in a gated community on the Anatolian side of the city, more like a student house. When we arrive at noon, the players are having their breakfast. Then we start chatting. The team has an average professional background of 3.5 years, with two Korean players on board: Pilot and Cheyol. Royal Youth is not an exception; it is common for Turkish or global teams to have one or two Korean players. This is because of the supremacy of Korean teams in LoL World Championship continuing until last year, as well as the fact that video games are a national hobby for Koreans.

“When school is over, you need to find a job first and then to grow in this job to earn good money. Then you would suddenly end up at the age of 40 and realize that you’ve spent 20 years of your life getting to that point only. Your life is over! For that reason, do what you love.”

All Royal Youth players have been “discovered” as they climbed up the in-game ladder system by playing “solo queue” (individually). I wonder why LoL is still the most popular of all games? Team coach Ilias “Enatron” Theodorou explains: “The first team-based games were Counterstrike and Dota. Then LoL was born, and Riot Games made huge investments. While other games held tournaments only at certain times of the year, LoL developed a league system and presented a championship calendar that spans the whole year. As in football, when you win your league you go to the world cup. Other games don’t have it.”

“Closer” says that he tried to play other games that earn you better, but he was not able to get the same satisfaction as LoL. “Tolerant” underlines that LoL is addictive: “After playing for a month, I am pretty sure anyone would be addicted. You wanna grow in the game constantly!”

The life in a gaming house is exactly based on this: every weekday, athletes play a couple of “solo queue”s to warm up after leaving the breakfast desk around 13:00. Then comes “scrims”, or friendly games where professional teams practice against each other for about 5-6 hours. Then dinner time and two more games in solo queue. The day is over around midnight. At weekends, official league matches are held in front of the audience at the Espor Sahnesi. Mondays are off.

I wonder what it is like to play before an audience? And I wonder if there is hooliganism in this type of sport as well. Fans of big sports clubs like Galatasaray, Fenerbahçe and Beşiktaş (yes, they all do have e-sports teams) bring in their traditional fan base into the picture and that can heat things up at times, like in football.

Finally, what are their career plans for the future? “Armut” says that he has frozen the school for 3 years and will return to university when he retires. Closer is determined to stay in the e-sports scene after the age of 26. He says he can be a coach or manager and could continue to be part of the industry up until the age of 40. Pilot, on the other hand, intends to leap into a completely different sector. Even cooking! Tolerant has no intention of going back to school. He thinks it’s pointless to waste so much time for just one purpose: “When school is over, you need to find a job first and then to grow in this job to earn good money. Then you would suddenly end up at the age of 40 and realize that you’ve spent 20 years of your life getting to that point only. Your life is over! For that reason, do what you love.”

As I leave the gaming house, Royal Youth is bound to go for Berlin to join the 2019 World Championship Finals, which will close in Paris on the 10th of November. This year’s world cup is quite exciting. The cup itself has been designed by luxury fashion giant Louis Vuitton. Last year, the Chinese team Invictus Gaming got the cup from the Koreans, after defeating Europe’s cult team Fnatic. So everyone held their breaths for this year’s games.

As Riot Games celebrates its 10th anniversary, the gaming industry has become one of the world’s most appetizing cakes with a volume of over $ 150 billion. There are serious investments and gains in the sector, so I’m not surprised to learn that even NBA clubs are buying teams in the LoL league. Erdinç İyikul, the Communications Director of Riot Games Turkey, says that the gaming industry yielded just over $ 850 million in 2018 in Turkey. He adds that there are more than 31 million players in the country, including mobile games.

Riot Games, purchased by Chinese Internet giant Tencent in 2011, is preparing for new initiatives at its 10th year: The good news is that LoL will also come to mobile devices and consoles in 2020. Like the Fortnite, Hearthstone and PUBG games, LoL is determined to make this breakthrough in the end, leaving behind the handicap of being a PC-only game. An animation series titled “Arcane”, a new digital card game called “Legends of Runeterra” and an FPS-style sniper game that will cast LoL champions are the new rabbits out of the hat. As long as the dark side of the moon exists, it is most likely that e-sports will continue to exist and introduce us to the psychopath within at times, or to the superhero at others.

Read the interviews of Ömer “Cognac” Ünsal and Erdinç İyikul at full length, by clicking on their names. 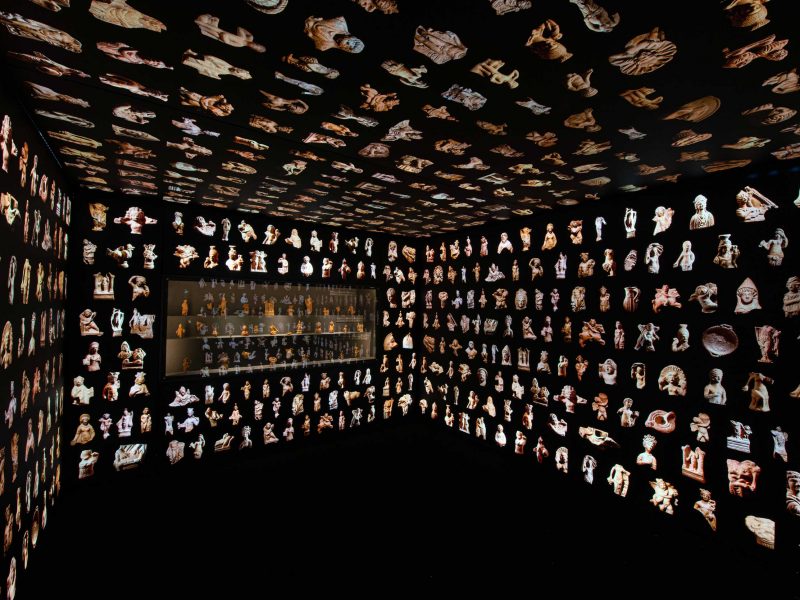 Meanwhile in the Mountains: Sagalassos 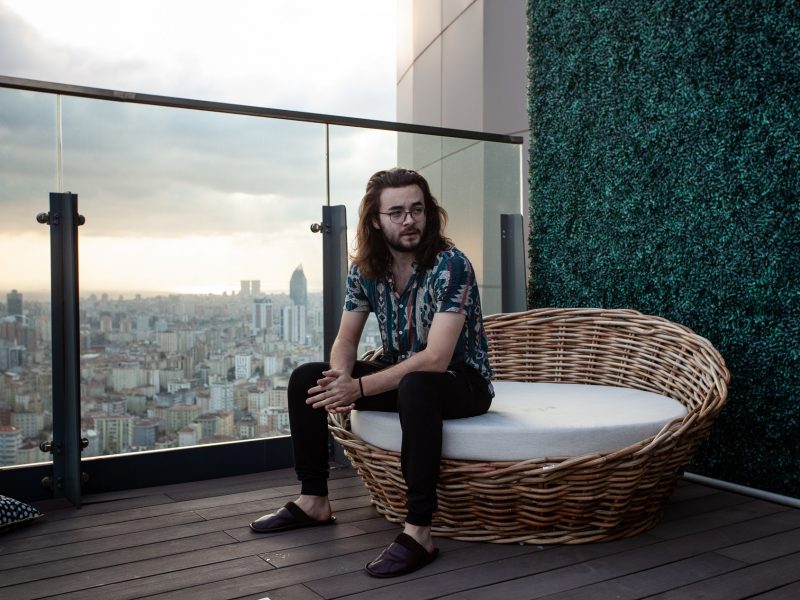 Life of an E-Sports Player